REDA is founded in accordance with Art. 2 NGO’s Act as a non-profit organization for the public benefit.  The main objective of the REDA - Stara Zagora is to support the development and implementation of mechanisms to manage the process of successful integration into the European community of local and regional authorities and businesses in the region, through policies development at a regional and local level, aimed at sustainable development of the region and stimulate economic development. 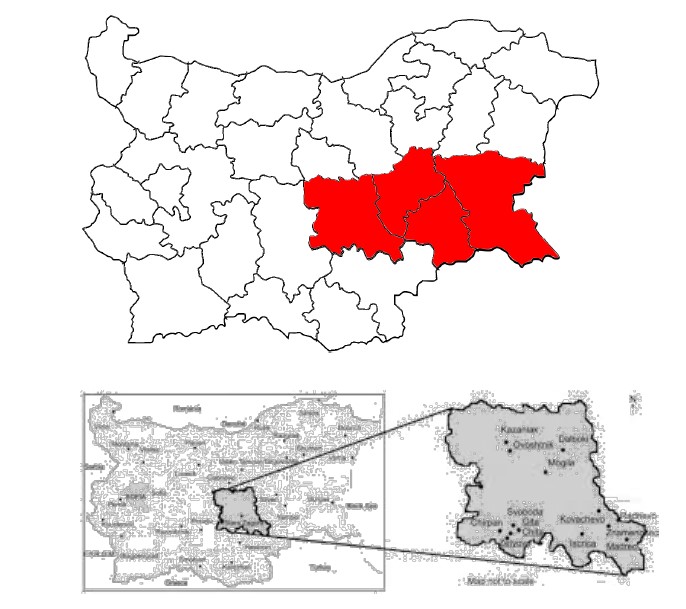 The District of Stara Zagora has stable growth in the economic sector. Between 2007 and 2017, gross regional value-added in the region increased by a record 113%, employment increased by nearly 10 points to 70.1% In 2017, GDP per capita reached second higher after the capital Sofia and reached BGN 17.6 thousand, registering an 8% growth compared to the previous year.

Stara Zagora, in a nutshell, is the champion of Bulgaria in growth and is in the top 3 of the best places to live in the country.

Good economic performance comes at a certain price - the area is strongly focused on industry and energy is a leading sector. At the same time, Stara Zagora is home to a fast-growing industry with large representatives of the mechanical engineering, food, and electronics industries in the country and the newly established Zagore economic zone has the potential to attract more investors and create new jobs.

They are forming Maritsa Iztok (East) Energy Complex. The Maritsa Iztok (East) Energy Complex is the biggest energy complex in South-East Europe with significant importance not only on regional but also on a national level. The complex is in a large lignite coal basin, which includes several open pit mines, enrichment plants, a briquette plant and possesses its own railway system.

In the present days, the Region of Stara Zagora faces the challenge of transition towards a low-carbon economy.

STARA ZAGORA - THE REGION IN THE HEART OF THE BALKANS WITH UNREVEALED POTENTIAL FOR DEVELOPMENT AND GROWTH.

IT IS NOT THE WILD WEST – BUT BE THE FIRST DISCOVERER.

The EU-Japan Center for Industrial Cooperation newsletter for March 2022 is now available. You can check it out HERE.

Enroll in the 11th edition of the Master in European Project Planning and Management and learn project management in a truly international environment. 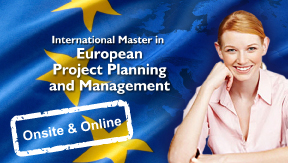 DeCarb project approved for an additional year within 5th call

DeCarb consortium is happy to announce that DeCarb project was the only 3rd call project that was approved for additional activities within INTERREG Europe's 5th call. Thus, DeCarb team gathered on 14th December 2021 to kick off the additional project... 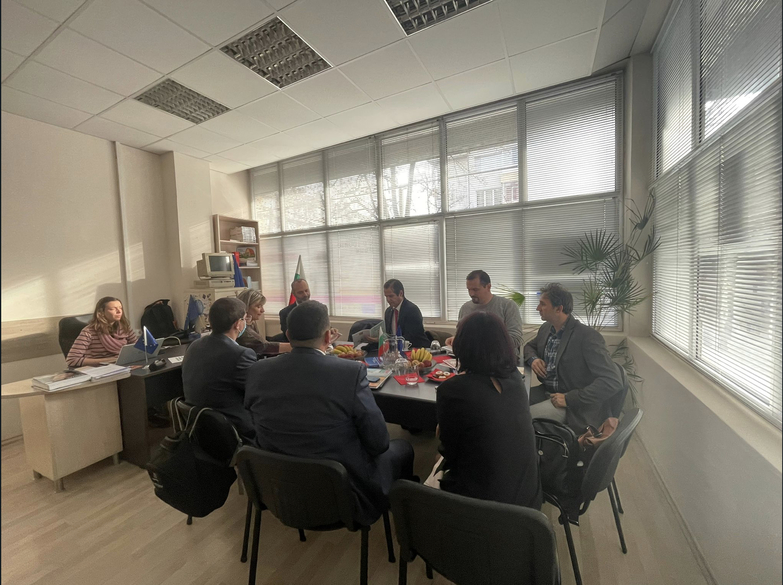 Trakia University - Edirne, ARIR - Stara Zagora and EDIH Zagore discussed at a working meeting the possible areas of joint initiatives and projects related to the promotion of research and innovation in support of business and development of clean...

Memorandum of Cooperation between SZ REDA and Invest Sofia 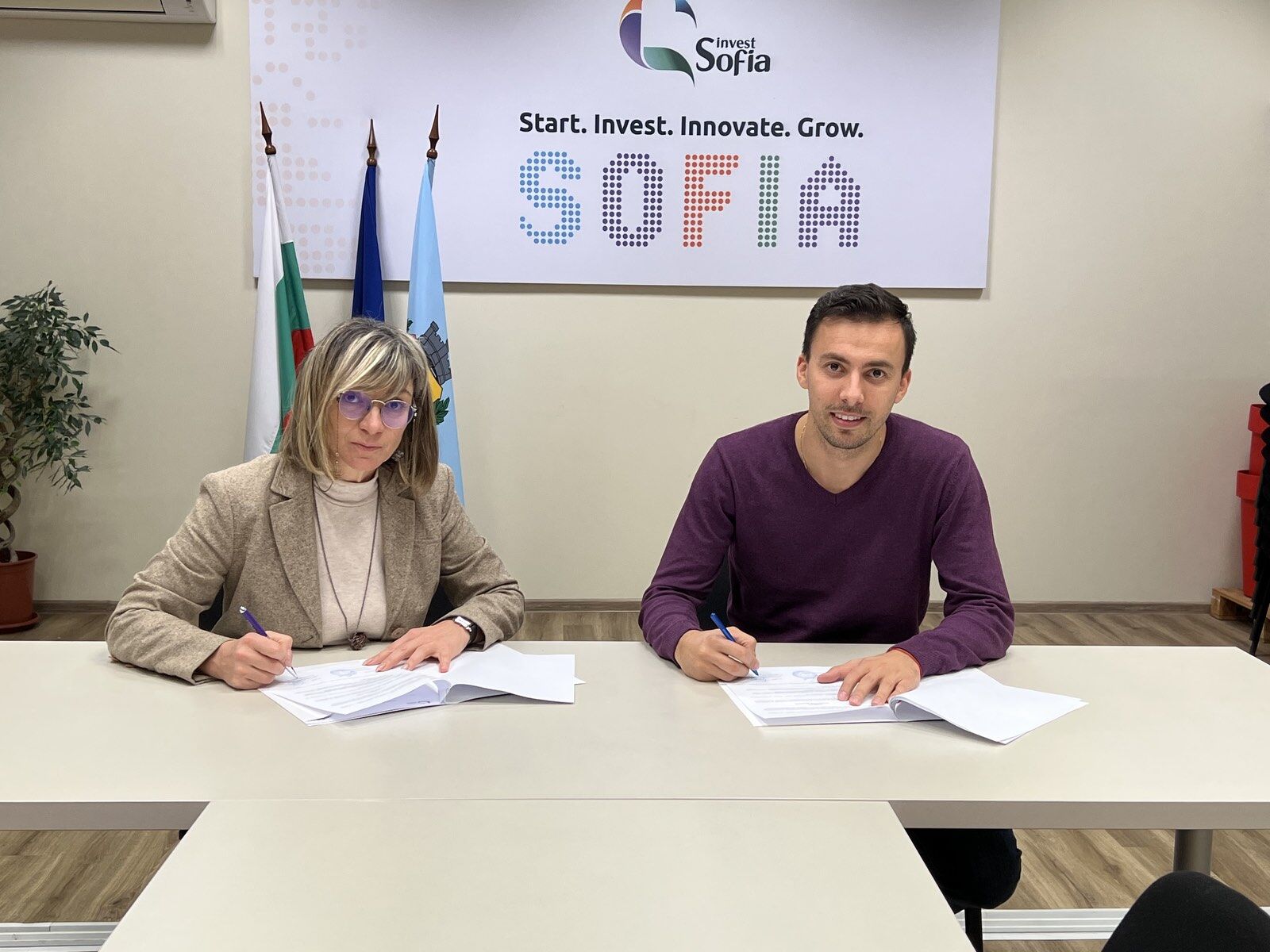 The team of SZ REDA is pleased to share that at the beginning of the week a Memorandum of Cooperation was signed between the Sofia Municipal Agency for Privatization and Investment (Invest Sofia) and SZ REDA! We unite efforts to... 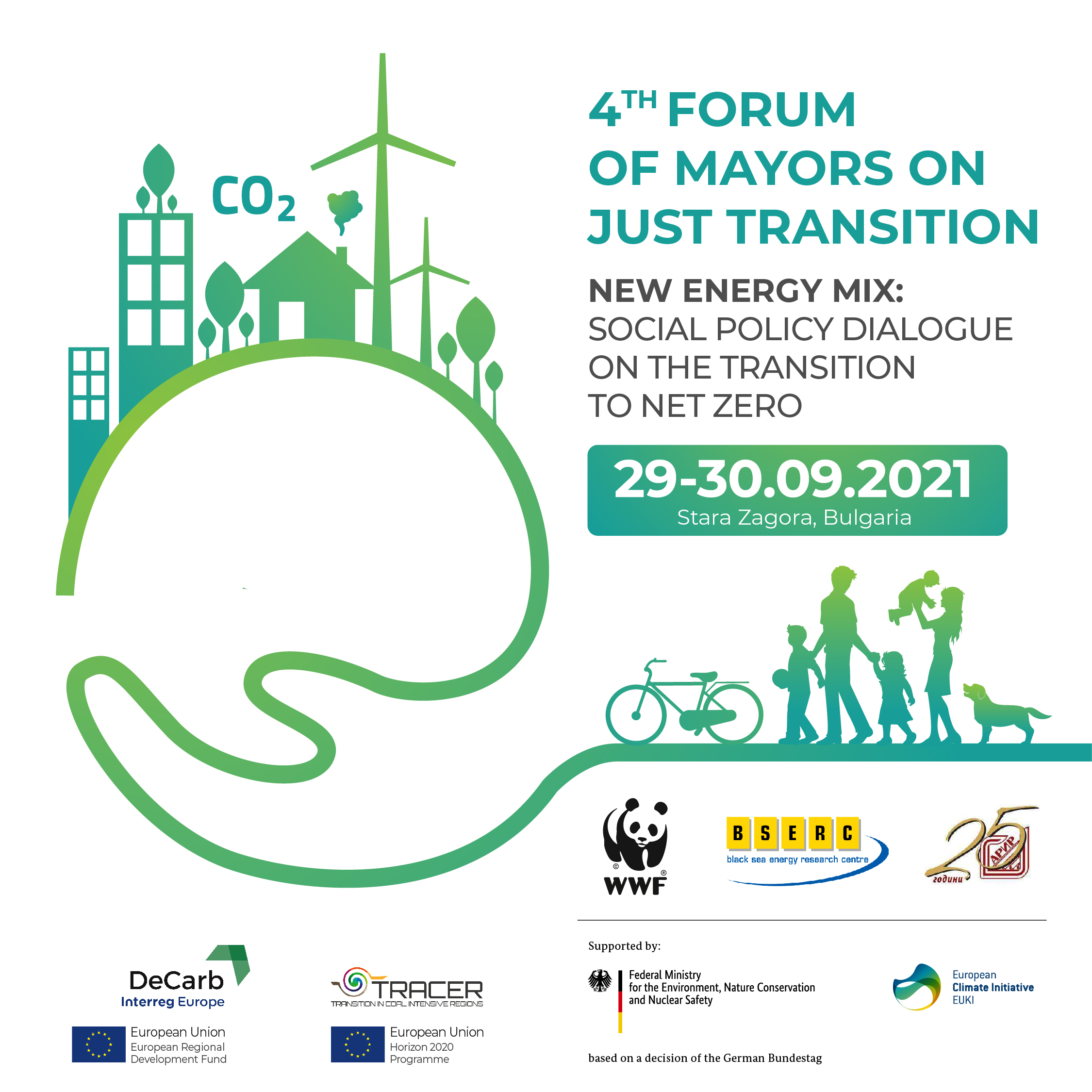 Dozens of city leaders discussed in Stara Zagora the need for a just energy transition Mayors from 5 Central and Eastern European countries took part in the 4th Forum of Mayors on a Just Energy Transition. The conference, entitled "New energy...

EURegionsWeek, which will take place online during Oct. 11th-14th, 2021

EURegionsWeek, which will take place online during Oct. 11th-14th, 2021. This year, Rumyana Grozeva, Ph.D., the executive director of Stara Zagora Regional Economic Development Agency will actively participate at the EUWRC and will be co-hosting a world café on Thursday, October...

Coal regions in the Western Balkans, Ukraine and the EU are invited to join an exchange programme to accelerate just… 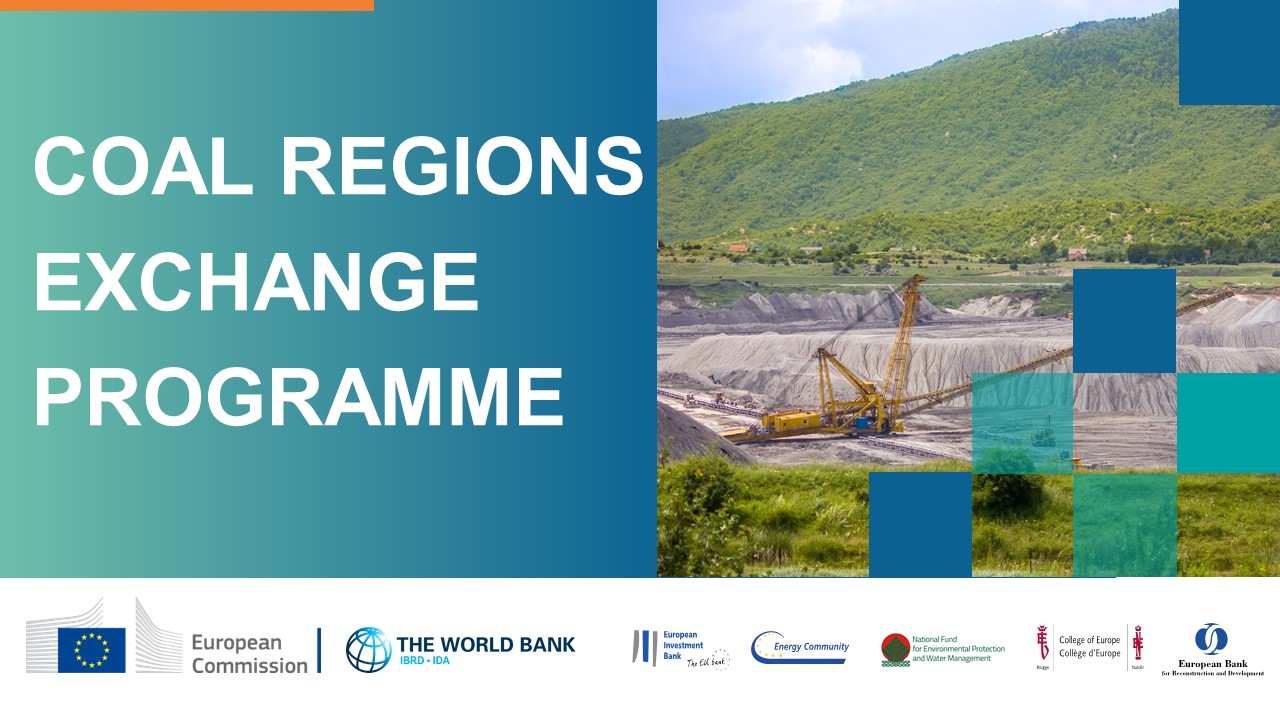 Coal regions in the Western Balkans, Ukraine and the EU are invited to join an exchange programme to accelerate just local energy transitions. The programme is an opportunity for regions to start direct, one-to-one dialogues, connect with different stakeholders, learn from each other, and transfer...

THE JUST TRANSITION FUND AND BULGARIAN COAL REGIONS Webinar in Zoom web-streamed live on the Facebook page of EPLO Bulgaria  https://www.facebook.com/eplosofia 25 June 2021, Friday The European Parliament Liaison Office in Bulgaria and Europe Direct Stara Zagora are pleased to invite you to a hybrid discussion...

Romanian Embassy Sofia Office for Economic and Commercial Promotion No. 350 / 08.10.2015 Dear colleagues and partners, Elcomex Agroindustrial it's an integrated business in Romania and consists of: few thousands of hectares of arable land that is cultivated plant products, vegetal-storage silo, feed factory...

Providing surveys and analysis of Stara Zagora's regional economy, including design and implementation of strategies for economic development;

Assisting local and regional authorities, businesses and other stakeholders and organizations in the region in establishing business contacts and building business relations in Bulgaria, the EU and third countries

Organizing meetings, exhibitions and fairs to promote local business; providing assistance for participation in trade exhibitions and business forums in country and abroad

Organizing training and re-training programs to meet the requirements economies in the process of development and restructuring; 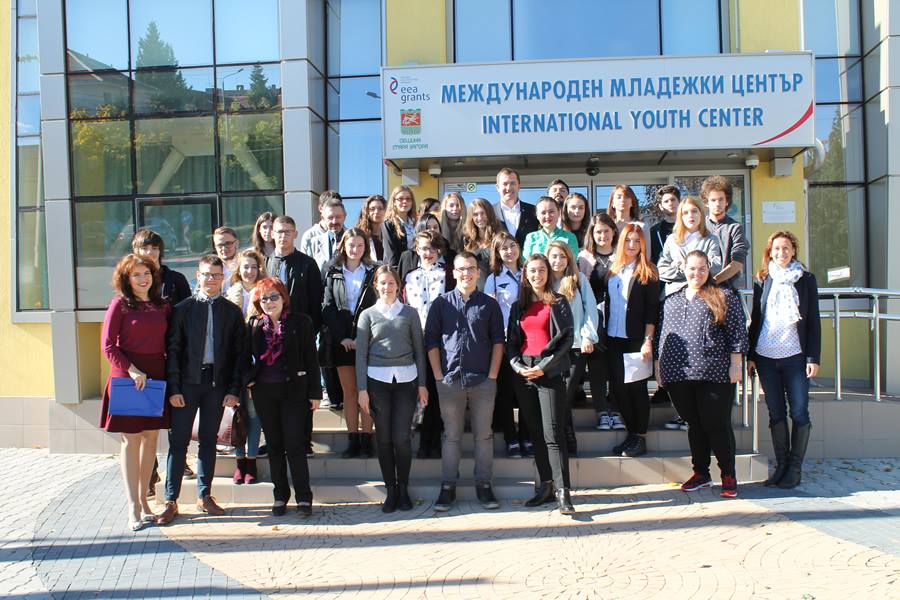 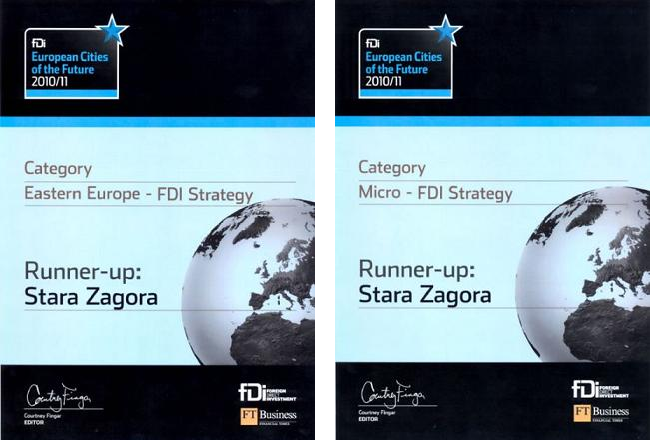 10 USEFUL TIPS ON HOW TO GET YOUR PROJECT FUNDED

1. Who seeks finds
Only persistent search can lead you to success. Often its more important to know who to ask, rather than how to do it. The only way to find out whom to contact is to make the necessary researches.
2. Courtship before submitting a project proposal.
Just as you would not propose marriage to someone before you are sure that you are good for one another, you must be sure that you and the donor (the source of funding) "fit" before submitting a project proposal.
3. Address the project proposal properly.
Your proposal must stick to donor policy and your aimes must be stated clear enough. As a rule, unclear application forms do not lead to

1. Attract attention to your project proposal.
The expert who will evaluate your proposal must remember you, although sometimes they read hundreds of proposals a week. The summary and the main objectives are your best asset.
2. Use the language of the donor.
Professional jargon and technically sound language rarely impress the reader. Plain and clear language is preferable.
3. Show confidence.
Forget about phrases such as "could," "should," "would" and use "will". If you are not confident in the project proposal you are submitting, then how do you expect the donor to grant you money. The donor organization is more like a partner to you with whom it is possible to make successful cooperation for both parties.